In continuation of the hadith , the Noble Prophet S embarks upon propounding the stages of worship:. Verily, He is the first before whom there is none, He is the One and the Only, and there is none like Him. He is the Everlasting, the Eternal. He is the One who created the heavens and the earth and that which is between them. Allah is the Knowing, the Kind and He is capable of doing anything.

In this section, the first stage of worship mentioned is knowledge of Allah; of course, cognition of Allah has a great deal of stages, but that which is necessary in worship and adoration of Allah is a general awareness of Him; man ought to know that Allah exists and He is the Creator of man and the world.

If this stage of knowledge is not attained by man, the turn does not come for worship and adoration of Allah. For this reason, this stage of knowledge is prior to worship. After man has attained the first stage of worship and has perceived that Allah does exist, it is incumbent to meditate upon the attributes and effects of Allah in order for that knowledge to become firm, grounded and constant so that it does not only remain as a mental conception but is turned into a present and lively awareness that leaves an impression on man.

Medium knowledge itself has different stages and covers a wide spectrum and man can attain those stages by way of meditation and reflection on divine signs and also by means of practical acts of devotion. It has become clear from what has been said that meditation about the divine attributes and effects and also knowing Allah better is itself worship and a kind of volitional deed and that awareness, which is one of the preliminaries of worship, is attained along with it.

The lack of adequate knowledge and faith in regard to the Noble Prophet S in a lot of Muslims of weak faith results in their getting entangled in skepticisms and by the passage of time they get deviated from the correct path and in the end, Allah forbid, they are drawn towards disbelief; the reason for this is because they have not believed that whatever the Noble Prophet S says is correct.

Some people of weak faith say that the Islamic laws which the Noble Prophet S brought are not binding in our age. These injunctions and decrees were meant for bringing order to the disorderly state of the people of the Arabian Peninsula in the age of the Noble Prophet S and there is no more need for Islamic laws in our age! Likewise, they are similar to the gate of repentance [ bab hittah ] for the Children of Israel which provided safety from the punishment to anyone who entered it.

Man perishes if he has no connection with them and if he does not emulate them.

When the Children of Israel were afflicted by divine wrath as a result of their sin and oppression, and when they wandered for forty years in the wilderness, out of His mercy and as a result of their penance, grief and turning back to Him, Allah once more opened the door of repentance for them. Every person who entered the gate, in addition to attaining honor and prosperity, also got their sins forgiven.

Allah made it a means of attaining their forgiveness.


Allah sent down upon them His divine wrath because of their moral corruption and their refusing to repent and seek forgiveness:. For this reason, adoration is not confined to external matters and outward deeds, but the origin and roots of devotion are inner conceptions and all acts of worship that spring from the heart. Skip to main content. View this page in our App. This report also may assist individuals who provide pastoral care to the sick and dying.

During the five years of discussion in Round XI, we experienced two deeply poignant events. Two of the original members of the U. Lutheran-Catholic Dialogue were entrusted into the loving arms of their Creator and Redeemer. George H.

Eternal Universal Truth of the Soul

Tavard died on August 13, , and Dr. John H. Reumann on June 6, Throughout their years of service on the dialogue, they made monumental contributions to all of the dialogue's ten statements. They also offered early contributions to what emerged as the text of Round XI. For all the conscientious scholarly work demonstrated by each member of this dialogue, we express our gratitude as we present this report to our churches. The Most Rev. Richard J. Sklba, co-chair The Rev.

Lowell G. An ecumenically historic moment transpired in an old church at Augsburg, Germany, on October 31, In the Church of St. Anna, which dates from , official representatives of the Roman Catholic Church and the member churches of the Lutheran World Federation signed the "Joint Declaration on the Doctrine of Justification. Their signatures attested to the official reception in our churches of the fruit of years of ecumenical dialogue on the topic of justification, one of the central issues of contention in the Lutheran Reformation of the sixteenth century.

That solemn ceremony marked a "decisive step forward on the way to overcoming the division of the church. The consensus expressed in the "Joint Declaration" is assumed in this report of the eleventh round of the U. Lutheran-Roman Catholic Dialogue.

The findings, statements of consensus, and even expressions of certain divergent convictions related to "The Hope of Eternal Life" are built upon what Lutherans and Catholics confessed together in the "Joint Declaration" in "By grace alone, in faith in Christ's saving work and not because of any merit on our part, we are accepted by God and receive the Holy Spirit, who renews our hearts while equipping and calling us to good works. The method of the "Joint Declaration" is reflected in this report. Lutheran-Catholic differences are not denied, but those differences are placed in the context of an extensive consensus in faith and practice.

Seen in the light of that consensus, the remaining differences need not stand in the way of communion between our churches. Lutherans and Roman Catholics in the United States have engaged in ongoing, substantive dialogue for almost half a century.

Beginning in , this official dialogue addressed doctrines and issues of great importance for our churches. Acknowledged have been points of agreement and convergence. Addressed, too, have been matters that have separated our churches since the sixteenth century. The summaries of findings and joint or common statements — accompanied occasionally by supporting studies — have contributed significantly to wider ecumenical discussion and fostered greater mutual understanding between our churches.

This round of our dialogue has taken up a cluster of themes that remained for further discussion after our earlier discussions and following the reception of the "Joint Declaration.

Further, the faithful in both churches affirm that death does not break the time-transcending communion of the church. The justified in this life are one in Christ with those who have died in Christ. Yet the members of the dialogue pondered how our respective traditions have spoken of the transformation of the faithful to eschatological perfection.

We probed the meaning of prayers for the dead. We wrestled with descriptions of the contemporary character of indulgences in Roman Catholic practice, especially in the light of the "Joint Declaration. The "Joint Declaration" affirms that the "Lutheran churches and the Roman Catholic Church will continue to strive together to deepen this common understanding of justification and to make it bear fruit in the life and teaching of the churches.

Contemporary cultural attitudes toward death are ambivalent at best. The Pew U. Religious Landscape Survey found that almost three-quarters of Americans say they believe in life after death. Even among those the survey identified as religiously unaffiliated, almost half agreed with such belief. Christian faith hinges on the belief that death is not the end of life for the individual, for humanity, or the universe. For every Christian, "to live is Christ, and to die is gain" Phil.

Death is not the last word, for "death has been swallowed up in victory" 1 Cor. This hope is not only for ourselves, but for all things: "For the creation waits with eager longing for the revealing of the children of God;. In the midst of our culture's mixture of messages on death and the future, the gospel proclaims that life is the destiny of humanity and of the world.

This hope is the common heritage of Christians. Disagreements on the Christian hope of eternal life have not touched the core of our common confession. Christians need to make that confession together before the world with confidence and joy. Members of this dialogue desire that our work may contribute not only to the ongoing reconciliation of our Lutheran and Catholic traditions, but also to the proclamation of that message of hope.

Together we confess: Life does not end in death. God in Christ offers everyone the hope of eternal life. 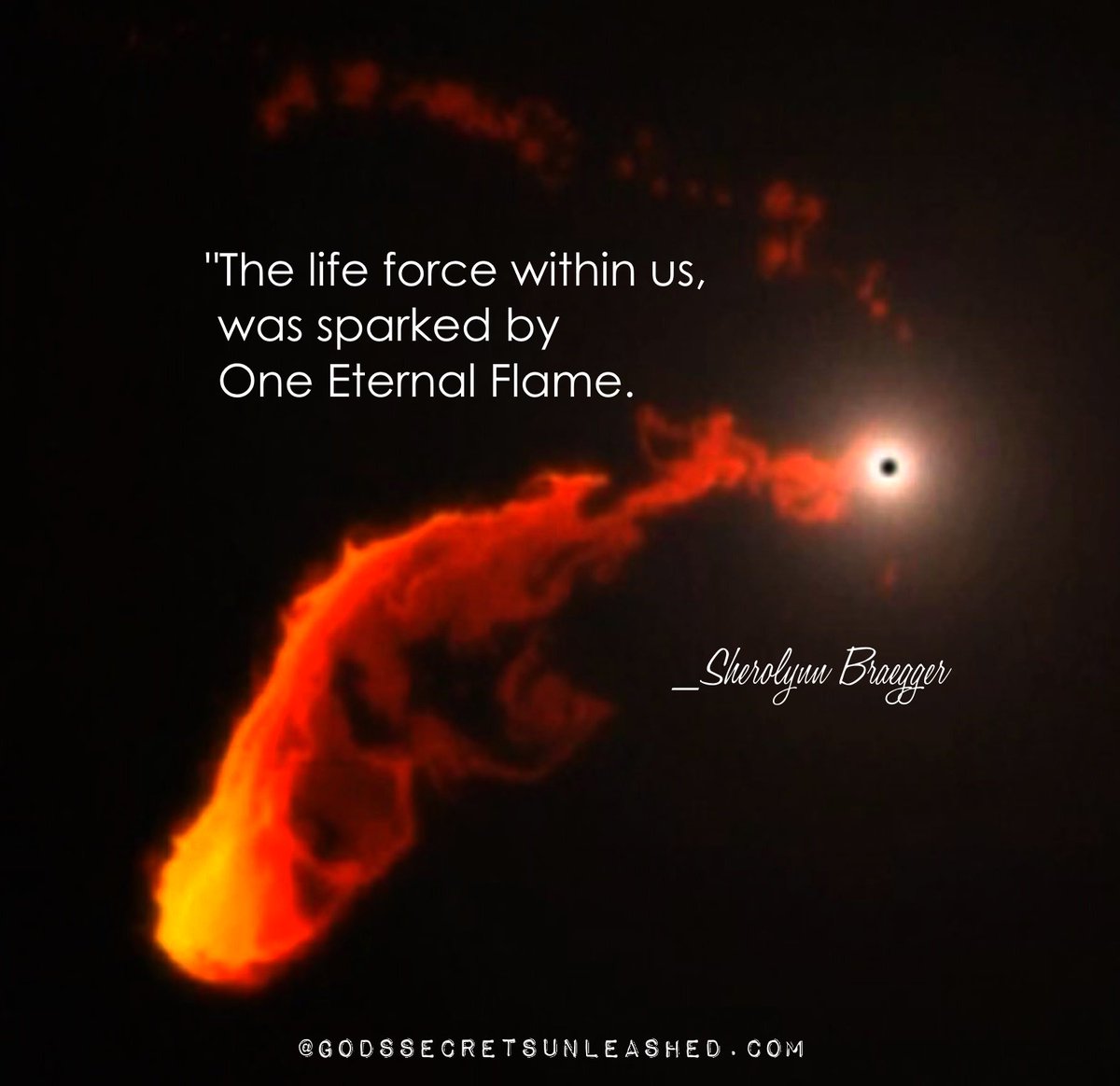 Our work is presented in three chapters. Chapter Two describes the common convictions that shape the hope of both Catholics and Lutherans. The text takes up a series of individual topic, death and intermediate states i. In each case, biblical, doctrinal, and theological material is surveyed and the heart of our common convictions stated.

Even in a statement as extensive as this one, all aspects of all topics cannot be addressed. We have focused on those most important for Catholic-Lutheran relations. Chapter Three takes up the two most important Lutheran-Catholic controversies over last things: purgatory and prayer for the dead the invocation of saints was covered in an earlier round of this dialogue Again, biblical and doctrinal material is surveyed and the controversy analyzed. These controversies take on a new appearance when seen against the background of our common hope and in the light of developments in our understandings of the communion of saints and in our liturgies.

In each case, we find that our remaining differences, while not to be denied, need not in themselves block communion between us. The final chapter affirms our common hope of eternal life.